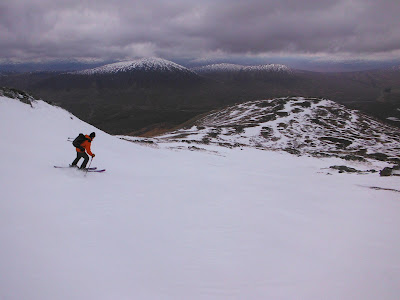 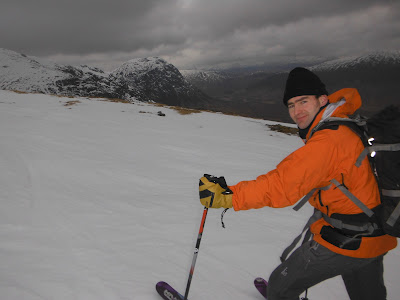 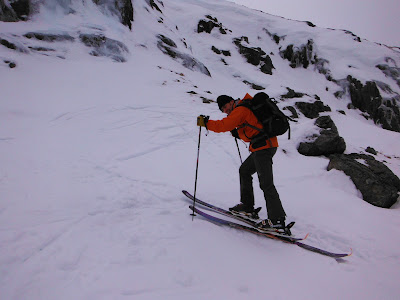 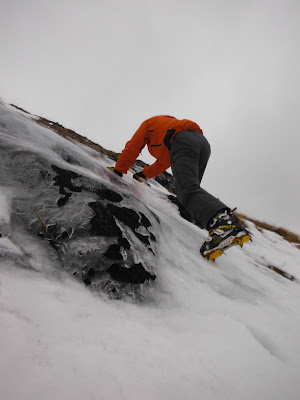 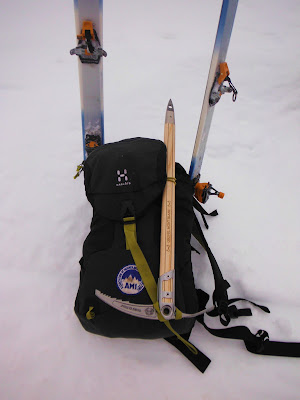 Today I was working with Richard in Glencoe, on the Glencoe Ski Resort slopes running an intro to ski mountaineering course. Concentrating on learning to ascend on ski touring equipment, not teaching skiing as Richard skis well. The weather forecast was not inspiring however I have started using the new Met Office Mountain Forecast and it was amazingly accurate today. It was very windy but remained dry until late afternoon as predicted. The conditions were good for our aims today. We were looking at putting climbing skins on, skinning up using 'high lifts' on the ski bindings, traversing, skiing with skins on for short distances, climbing steeper terrain and we also looked at using crampons and ice axes. We had some great skiing from near to the summit back to the top of the chair lift. The chair wasn't running due to the high winds so we had  the added bonus of walking up and down which was welcomed to stretch the legs after recent mince pie consumption. A great way to finish the season and what a year it has been. We also have new two new web sites www.hebrideanpursuits.com and www.rosesproject.co.uk. We look forward to the 2013 season and being back outside in Scotland very soon. Happy Christmas everyone.
Posted by Unknown at 20:40

The Roses Project.' Working for and with Young People since 1990'

2015 Summer Residential Activity Courses for Young People. Amazing experiences based at Tavool House Outdoor Centre on the Isle of Mull. 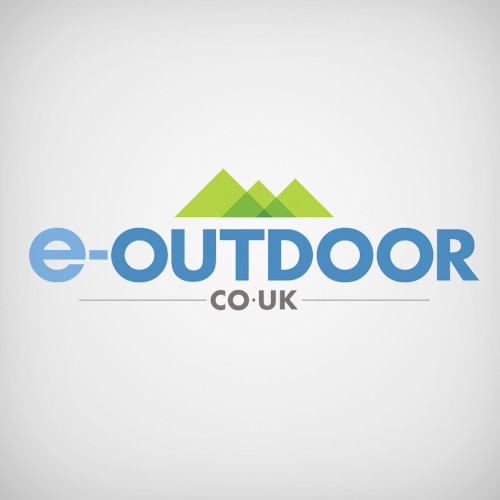 Sea Kayaking. Vessel supported trips from the Outer Hebrides and Islands of St.Kilda. . 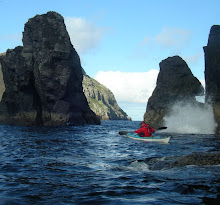 Don't have adventures without your Dog Tags.

Hand made hats for all adventure sports.